Jalan Ampang is one of the most prime land in Kuala Lumpur. They called it Embassy Row. It is one of the oldest and earliest road in Klang Valley. It is a main road to Ampang Jaya and is easily accessible from Jalan Tun Razak or Kuala Lumpur Middle Ring Road 2. Jalan Ampang is a green, shady stretch of road on which plenty of landmark such as Petronas Twin Towers, Suria KLCC, Menara Great Eastern, City Square, Ampang park are located along the road. Jalan Ampang provided with good network of public transport, hence it is definitely a perfect starting point for those who wish to explore the heart of Malaysia’s capital city.

Ampang Town is a small town situated approximately 3 km from Kampung Lembah Jaya small village. Originally, the Pekan Ampang is a separate town, but now it was absorbed as part of the metropolitan area of Kuala Lumpur. According to the history, before the arrival of the Chinese people for the tin mining purposes, Kuala Lumpur was originally occupied by Javanese, Mandailings, Bugis and Rawa. The Raja Abdullah, the representative of the Sultan is the Klang Malay chieftain was opened the tin mines, thus contributing to the development of Kuala Lumpur. Ampang Town, which located in the Klang Valley is the earliest areas that opened for tin mining. Thus, a road was built to connect Ampang to Kuala Lumpur which formed Jalan Ampang until now. The architecture of the building along the Ampang Road just like the towns and cities which is pre-war building in the developing world, during the period of British colonial. 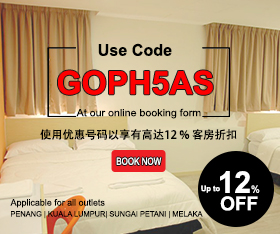