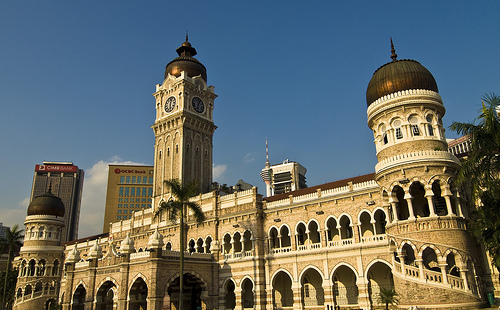 This is the historical place where the Union Flag was lowered and the Malayan flag was raised for the very first time at the struck of midnight of 31st August 1957. From then on, Merdeka Square has been the venue for the annual Merdeka Parade. The field in front of Merdeka Square was officially named as Dataran Merdeka on 1st January in conjunction with the Visit Malaysia Year 1990.