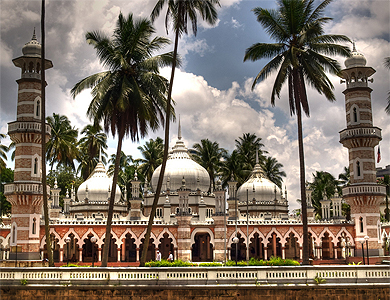 Built in 1909, Jamek Mosque – better known as Masjid Jamek among the locals – is the oldest mosque in the city. The mosque sits at the meeting point of the Klang and Gombak rivers, which is also the birthplace of Kuala Lumpur. Its architecture is inspired by Mogul influences of northern India. In 1965, it was officially declared as the National Mosque.